People are still talking about Ann Dowd weight loss, and how much it affects the actress’ appearance and looks. Many have stated that she looks younger and somewhat healthier. It also makes her more radiant. And most importantly, she looks happier.

It seems that when people are able to reach the target they want, it gives them a sense of achievement and success, and also affects not only their confidence, but also their happiness.

Who Is Ann Dowd

For those of you who often watched movie in the early 90s, you must know Ann Dowd. Yes, she was very popular actress in 90s. Several movies that stared by her in 90s were Philadelphia, Green Card, Lorenzo Oil, The Series Law & Order and many others.

Ann Dowd was born in Massachusetts on 30 January 1956 . And she started her career in the middle 0f 80’s by appeared on the series First Step.

Her popularity reached the peak in 2014 after she became a regular cast on popular HBO series The Leftovers. Because of her great acting on that series, she nominated for Outstanding Actress in 2017.

Ann is known for her role in The Handmaid’s Tale where she acts as Aunt Lydia. She has been in the industry for years, but aside from her appearance in the show, she has also made some appearances on magazines and photo shots. Her recent appearance was making a fuss, because she doesn’t look like Aunt Lydia at all!

Ann Dowd confirmed that she managed to lose 40 pounds of weight, which is quite significant – and even marvelous.

Starting out is surely not easy, but she was thinking more about her health. It’s not merely an appearance matter, but more to health concern. Considering that she’s no longer young, she wanted to make a change. 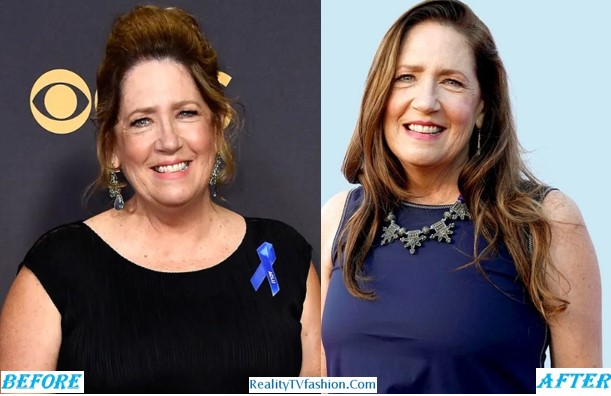 Losing weight isn’t exactly easy for Ann. She had to make a lot of sacrifices to get the look she has dreamed about. She believes in the quote ‘no pain no gain’, and she doesn’t mind ‘suffering’ a little bit.

During an interview, her answer was ‘get to bed hungry’ when she was asked about her weight loss success. It seems that she was only joking, but still, it shows that the program isn’t easy for her.

Within the first 8 weeks, she really measured her foods and the calorie intake. Everything was done in a very strict manner, making sure that she won’t sideways.

She didn’t like the fact that all the amounts had to be measured, but she didn’t have any choice. Aside from ‘going to bed hungry’, she also had to remove starch, bread, and also sugar. She tries to avoid sugar-packed foods as much as possible.

Despite the challenges, Ann was able to endure it. After she could make it within the first week, she was able to adapt herself to the situation. And then the rest is history.

Many of her diet consist of tons of veggies and also protein-based foods. Proteins are known to make you full for a longer time, so you won’t be easily tempted to snack or binge. Ann chose this path, and it works well for her.

Being able to cut off your weight to 40 pounds requires effective program and strategy, and it would be impossible to achieve it with meal management only.

Ann must have also included workout session in her program, but she doesn’t provide enough information about it. Let’s just assume that she also includes healthy and active physical activities that allow her to lose weight in a healthy way.

You can see at her before and after picture, she really looks beautiful right now. Her slim body is very perfect with her height. She looks healthier also because of her healthy eating habit.

Ann weighs around 60 kilograms or around 132 pounds now, which means that she weighed up to 170 pounds more before her weight loss experience. Are you interested in following Ann Dowd weight loss success?