For quite a while now, Amber Rose weight gain has been in the center of media attention. As you might already know, this socialite is famous for both her work as recording artist and as a model. She has posed for Luis Vuitton advertisement featuring line of sneakers and appeared on the catwalk at New York Fashion Week for the Celestino. 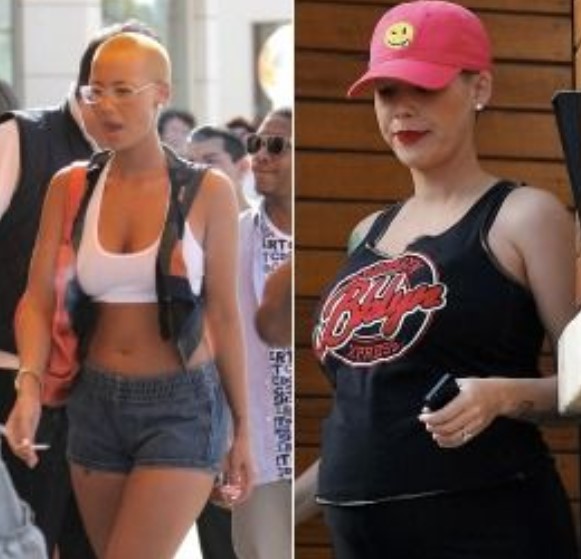 Who is Amber Rose

Amber is recognized for appearing in such music videos as Young Jeezy‘s „Vacations“, „What Them Girls Like“ by Ludacris, „Massive Attack“ by Nicki Minaj, „You Be Killin‘ Em,“ by Fabolous and „No Sleep“ by Wiz Khalifa. Since the day she gained prominence in the American showbiz world, Rose has also appeared on variety of television shows, such as Running Russell Simmons, RuPaul‘s Drag Race and Master of the Mix.

What made this young Philadelphian interesting was not only Amber Rose weight gain, her achievements in the realm of fashion and appearances on television, but also her well publicized relationships with other artists.

For example, since 2008 to 2010 Amber has been dating rapper and record producer Kanye West. As we all know, this scandalous millionaire and showbiz genius has recently been in a relationship with Kim Kardashian, another beauty famous for her appearance in reality television series Keeping Up with the Kardashians and  scandal. Amber‘s ex-boyfriend is now a father, as Kim has recently given birth to a baby girl.

Those who remember this model and socialite the way she looked in the late 2000s know that Amber Rose weight gain was not something that happened over a night. In fact, she was never particularly skinny. Instead, it was Amber‘s feminine figure, full tights and bust, coupled with slim waist, that brought her so many admirers.

However, for the sake of truth we have to say that the talks about the model “getting fat” were not completely plucked out of the fin air. By June 2012 Amber might have actually gained some additional weight. However, we also have to say that the amount of criticism she received was unproportional.

Some internet commentators went as far as to say that the model looks “gross”, her legs remind of two “huge fat harms” and that she is a terrible “role model”. 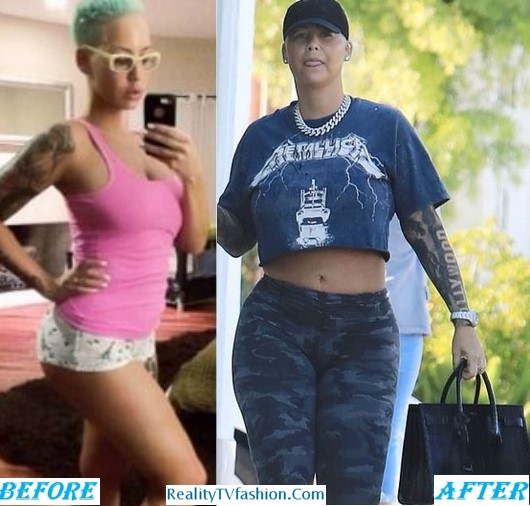 Amber Rose Before After Pregnancy

It looks like by the time she was reading all these negative comments Rose has not had a thick skin that would allow her to simply ignore the haters.

In response to criticism she “tweeted” her actual weight, which at that time amounted to 148 pounds (that is not actually much, keeping in mind that Rose stands 5’9ft tall). Following this tide of criticism the starlet continued to pile on pounds. It soon became clear that the reason behind Amber Rose weight gain was pregnancy!

Amber Rose weight gain story became public attention because she looks very fat than she used to. Some of people say that she did not applied healthy lifestyle and she often eat many of junk of foods.

And now we know that she must did some of diet programs to lose her weight. And it is a must, because she was know for having a proportional body, what do you think?